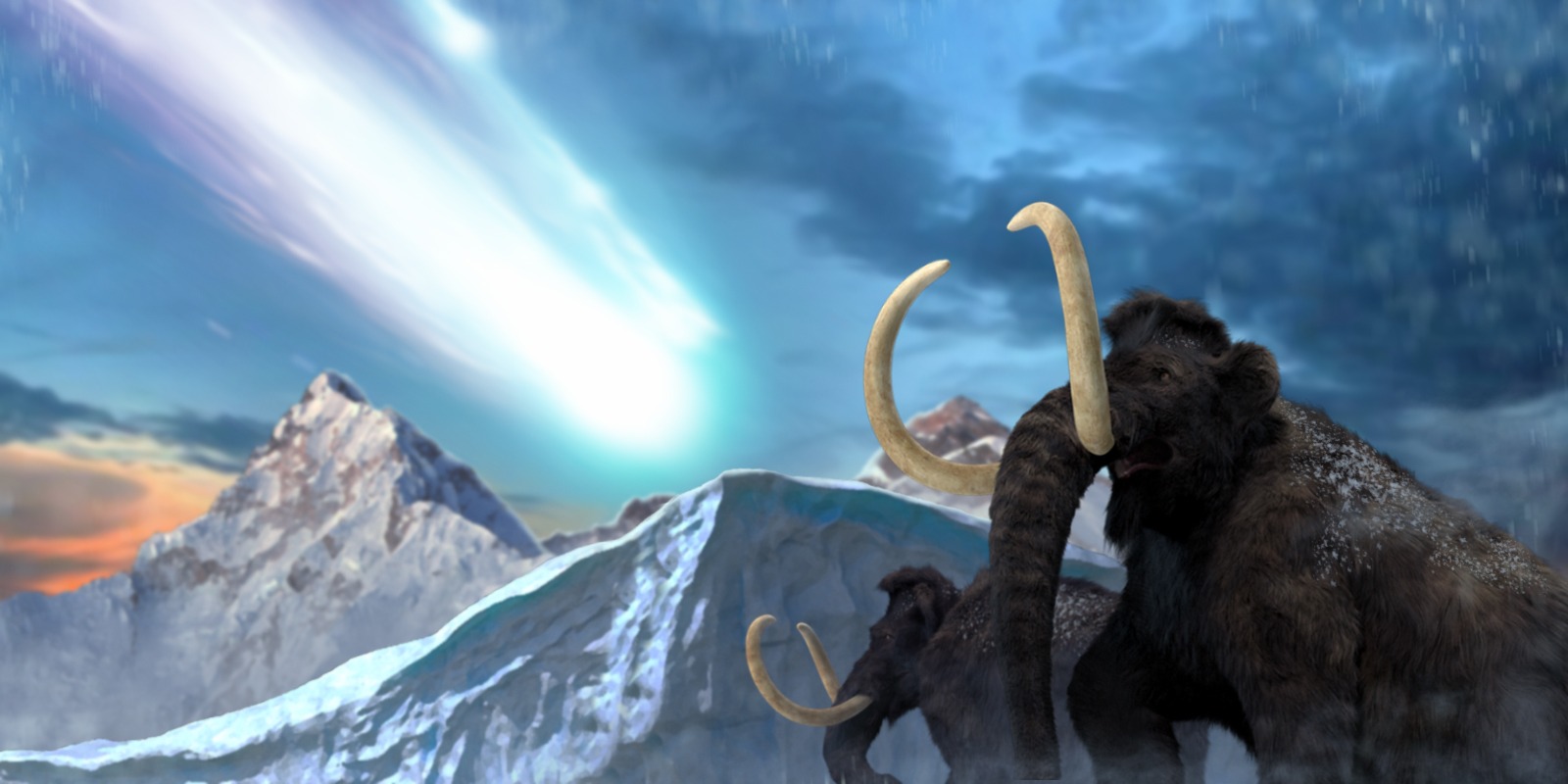 Almost thirteen thousand years ago, a massive and sustained comet barrage struck the earth over a 21-year period. In that time, known as the Younger Dryas, more than thirty-five species of megafauna including giant sloths, sabre-tooth cats, and mammoths were exterminated. The impact of the comets caused massive wildfires and volcanic activity on a global scale that blocked out the sun, causing an "impact winter" that lasted for countless generations.

Scant few survived the centuries of destruction. Among the few survivors were the remnants of the great civilization known as Atlantis. Those few, wise "immortals", spread across the globe to rekindle the light of civilization among the remainder of humankind. Their wisdom shaped a new age of expansion for humanity, culminating with massive stone cities spread across the globe. These megalithic cities, shaped from the living rock of the planet, were meant to pass on the story of the great cataclysm and prepare man for the next time of trial. Sadly, their wisdom has passed into myth, and few today believe they existed at all. 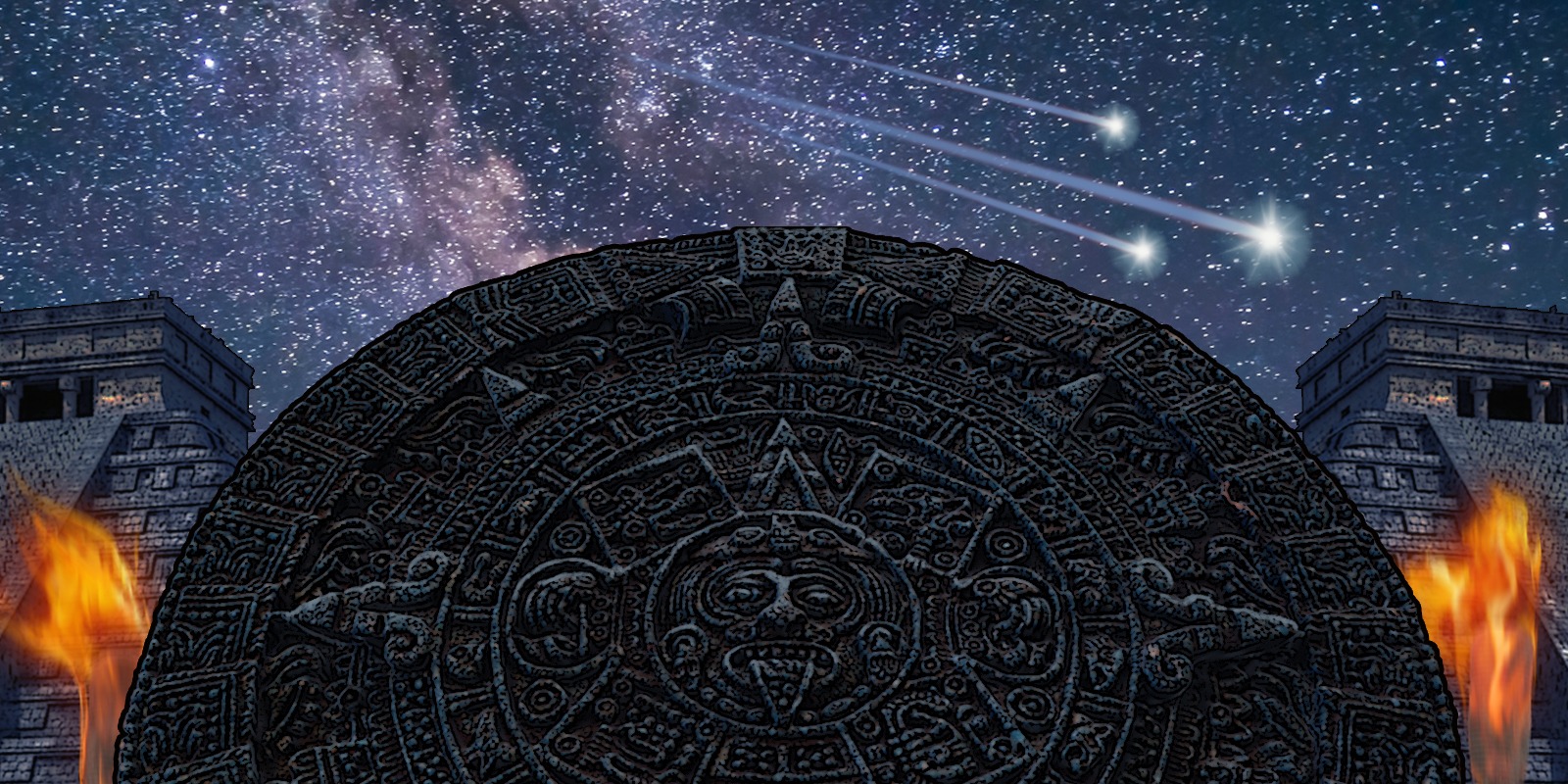 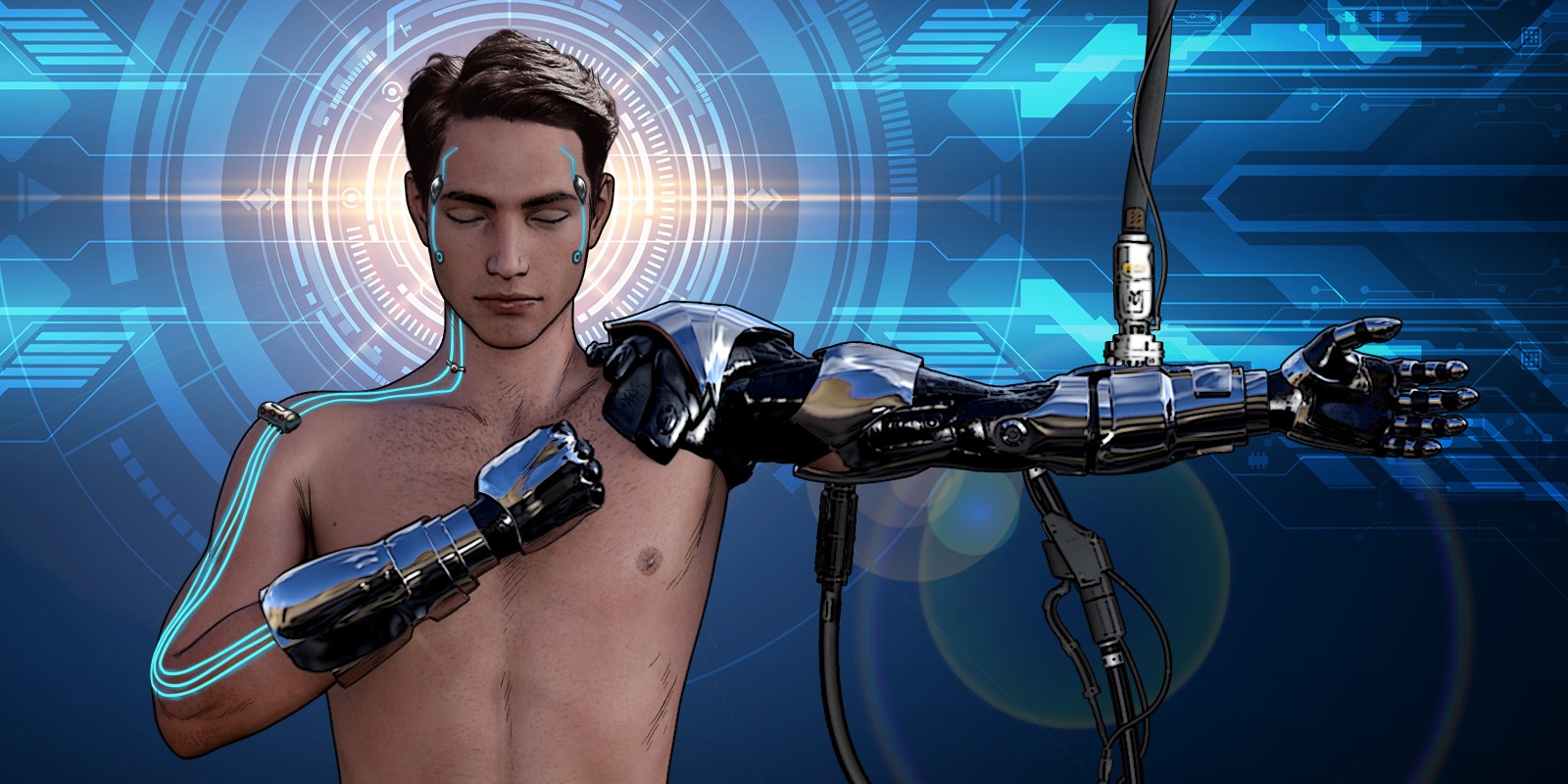 Enhanced cybernetic prosthesis devices (e-cypt \ prn. e-sipt) extended human life, brain capacity, and added to endurance and strength. Using a wide range of devices connected to organic tissue via a complex synthetic neural interface, the e-cypt provided the recipient with enhanced control, sensation, and strength. Some animal species were also "enhanced" to enable them to communicate and participate with their human counterparts. As human and animal life in the solar system experienced this new renaissance of creative and technological advancements leading to an undreamt-of global prosperity…. the inevitable happened.

At the epoch of this technological golden age, the comets came again. The "punch", as the Tribes call it today, again brought planet wide death and devastation. Nearly 90 percent of human and animal life were wiped out by the planetary destruction from the comet impacts and the subsequent privation that came after. With the comets also came the knowledge that earth was to be forever plagued by destruction from the sky. 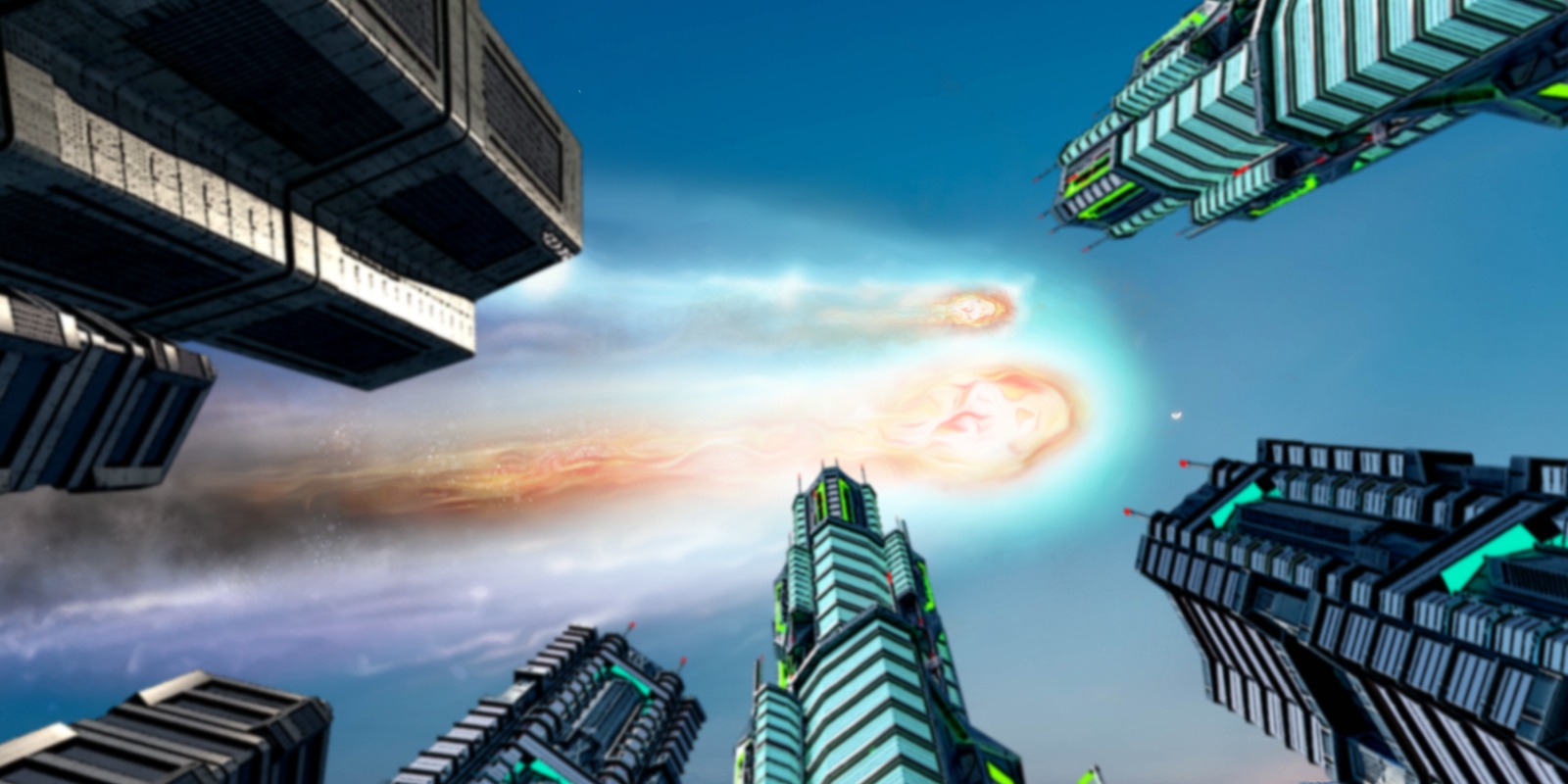 Scorchers and the Blight

The punch not only brought destruction, but also a new life form to earth. Spores of an oozing fungus that glowed a spectral blue, began to spread across the globe in the years after the impact. It grew in dark places and sought out living flesh. The touch of the fungus had the power to consume and melt human and animal flesh down to the bone. In the aftermath this fungus is called the blight.

Over time, the blight began reanimating skeletal remains and using the bones of the dead as a structure with which to roam the land. These creatures, called "scorchers", now roam across the land at night; Their glowing bodies dotting the landscape in search of new flesh to consume and skeletons to absorb. Avoiding the intense light of day, they seek refuge from the sun in abandoned structures and underground caves. 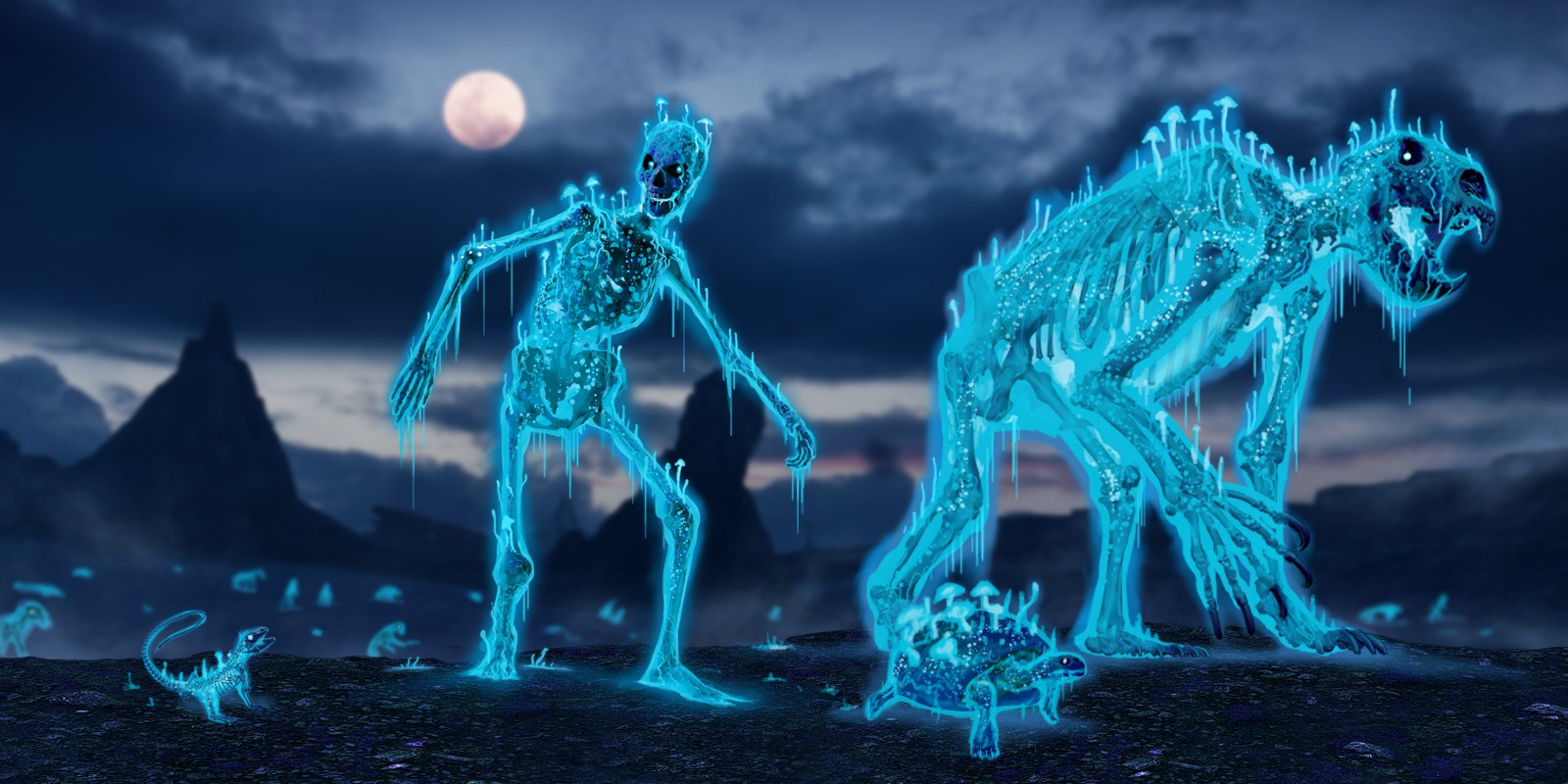 The survivors have learned that shooting the scorcher with projectiles only splatters the blight to anyone unfortunate enough to be nearby. The only way to fend them off is with bladed hand weapons that inevitably lead to physical contact. Thankfully, in the aftermath, the remaining e-cypt technology still exists. Nearly all survivors have some type of e-cypt enhancement as a reminder of their contact with the scorchers and the blight. 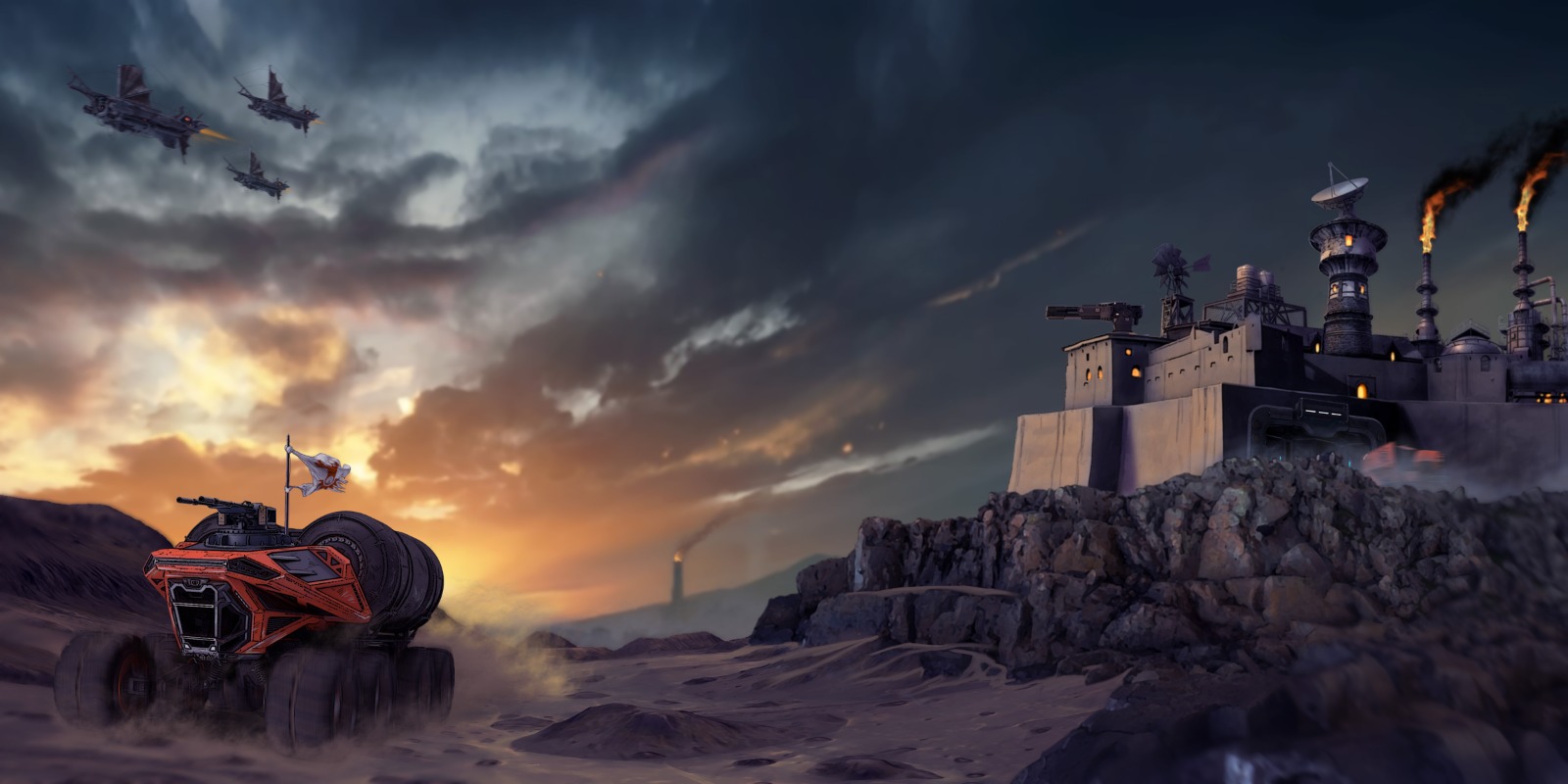 In the hundreds of years that followed the punch, civilization lay on the brink of extinction. Slowly, a few new cities or "keeps", cropped up across the wasteland. Referring to themselves as "tribes". Each tribe evolved on its own path, separated by geography and time. The differences between one tribe and another was obvious by appearance through clothing, e-cypt enhancements, body markings and adornments.

As communication, weather and travel conditions improved, the various tribes contacted one another and established trade routes. Geography and the skills of each tribe allowed each of them to specialize in various trade goods they then bartered with others. In this new future, air travel was very limited. The only way to trade sufficient amounts of goods was by land. This meant traversing the wasteland between each tribe by caravan.

This travel and trade between tribes was limited by the conditions in the "waste", the name for the arid land between tribe cities. The waste is not only filled with roaming scorchers at night, but with treacherous terrain at all other times. The terrain causes frequent backtracking and delays. Massive sinkholes can open with little to no warning and swallow trading parties whole. When not traveling for trade, humans and sentient animals remain in their keeps by day to avoid the waste and at night to avoid the scorchers.